We like different destinations, and Whitstable is one of them. A town with great maritime tradition that forms part of the district of Canterbury, in the county of Kent. Do you want to discover what to see in Whitstable? Read and take notes.

And our students always come back in love with the place. Do you want to know what to see in Whitstable?

These impressive forts played important roles in the Thames and the Mersey estuaries during World War II. if you don’t know what to see en Whitstable, you can’t forget this place.

Great Britain wasn´t going to go down in the conflict. The admiral put the designer Guy Maunsell in charge of creating five new sea forts.

These interconnected steel towers carried five firearms positioned in a circle, and in the middle of the diameter there was a control tower.

They played a key role of defense, but in the 50s they ceased to be used.

Maunsell´s designs were used in the development of offshore drilling and fuel exploitation platforms. In fact, they were the model for the first platform situated in the Gulf of Mexico.

They have a huge historic importance and seeing these structures emerging from the sea is simply amazing.

An unmissable sight if you are travelling to this city. This museum unites the best of national history and culture of Whitstable.

Inside, you can learn about the commercial history of local oysters, that originates from the roman times.

The gallery also exhibits artefacts and paintings related to the marine traditions of Whitstable, emphasising diving and sailing. 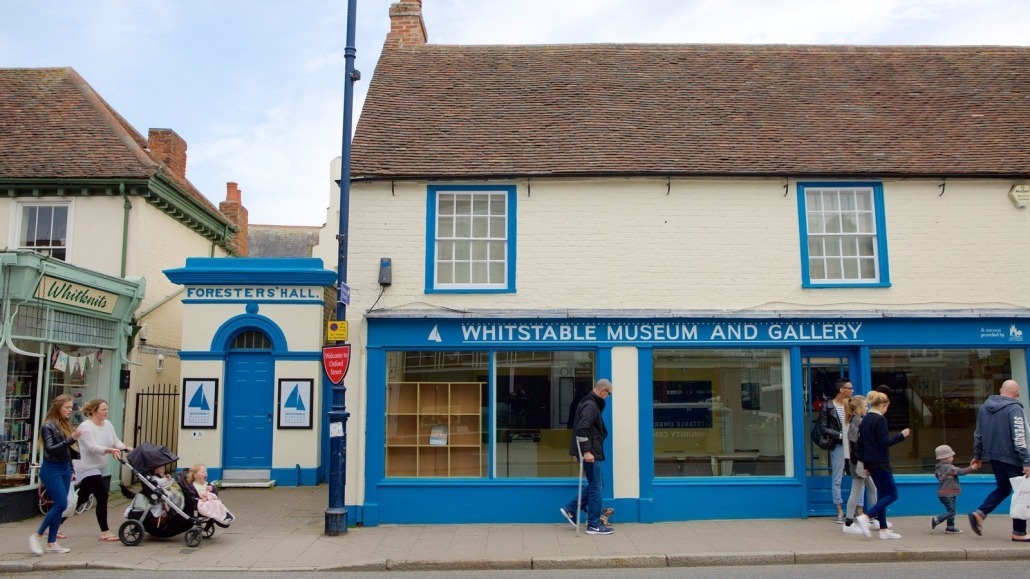 In 2001 the museum was awarded the international Nautiek prize, for its service to the history of diving.

Inside there is a collection in homage to one of the most well-known English actors who lived in this area: Peter Cushing.

Famous for portraying Sherlock Holmes, Dracula, and for being the commander of the Death Star in Star Wars episode IV.

In this special gallery you will be able to learn about what life on the coast is like, including seeing plants, fossils and local fauna.

In 2010, the BBC chose the bread pudding pots from this museum as objects that demonstrate the history of Kent for part of the project “A history of the world in 100 objects”.

Are you still thinking of what to see in Whitstable? This beautiful and charming castle is a place that is worth visiting. It has been preserved extraordinarily well and has beautiful gardens. It is situated on the boarder of the area and the suburbs of Tankerton.

Originally the castle was constructed as an octagonal tower in 1789 by the Pearson family and was given the name Tankerton Towers.

Charles Pearson was the owner of a ferrous sulfate company and investor in the next railway. But after a while, he added a building and converted it into a country house.

In 1836 this property was bought by the English businessman Wynn Ellis. In 1842 he added the west wing, a zone for lodging and a bell tower.

The castle was called Tankerton until 1897, and since then it has been called Whitstable Castle.

The castle gardens are the only thing available to the public in the entire city and they are also the centre of community activities.

It is a natural wilderness worth seeing. A band of sea that separate the north of Kent from the Isle of Sheppey. 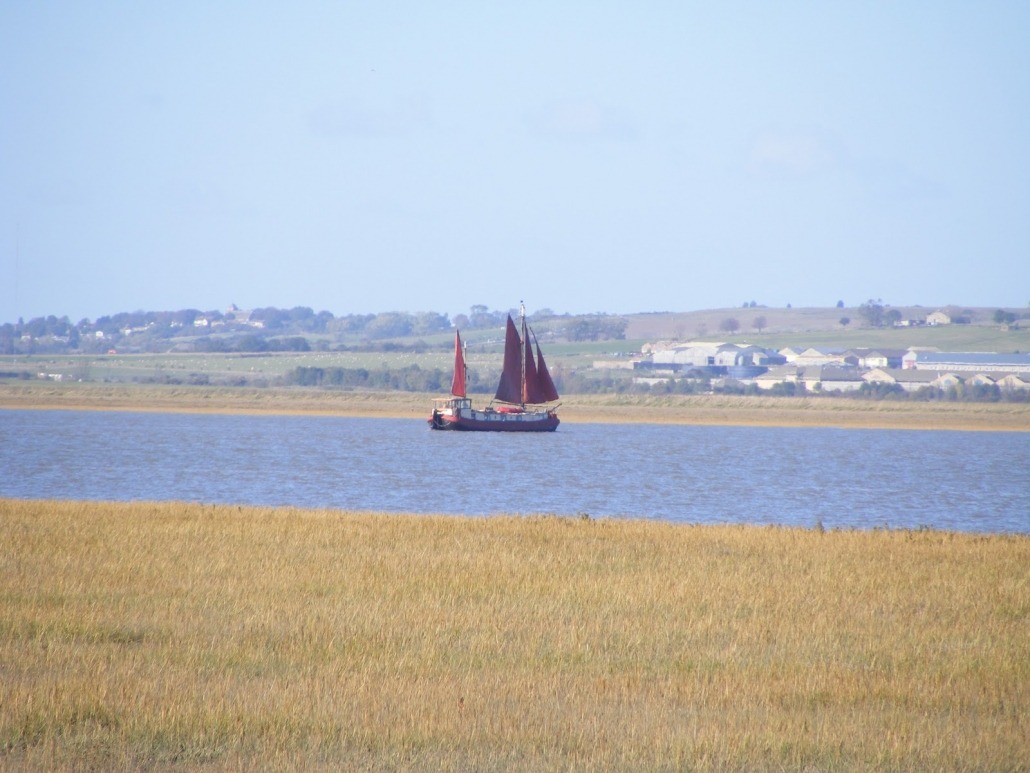 The Swale was originally part of a river valley that looked towards the east. But as sea level rose, the water filled the whole valley, dividing the island from the continent.

It is a national nature reserve, and an area of special protection of many indigenous birds.

If you are not sure about what to see in Whitstable, please, visit this place.

The port was originally built in 1832, and continues to be used today, especially with fishing boats, whose masts constantly ring due to the wind.

It is a pretty place to take a walk through. There are small houses where handmade products are sold, as well as a fish market.

Furthermore, there are various restaurants where you can try local food. You shouldn´t forget to try the famous Whitstable oysters, and in general, all of the delicacies from the sea that this area has to offer.

This is a must about what to see in Whitstable. A special mention for this celebration in Whitstable. This traditional festival that happens every July is so important.

The festival starts with an opening ceremony on the closest Sunday to St James’s day.

The procession starts with the offloading of all the catch, after there is a procession of the others in a cart pulled by horses to take all the catch to the establishments of the area.

The rest of the festival consists of entertainment acts for children and adults, such as art exhibitions and the chance to try typical dishes of the area. This year the festival has been moved to Tankerton Slopes, but it is still worth visiting.

Whitstable is home to some truly beautiful beaches. They surround the port and are a perfect place to sunbathe in the summer and practice watersport activities.

They are stony beaches and are divided by wooden groynes. They are pretty, calm and perfect for losing yourself on long walks. 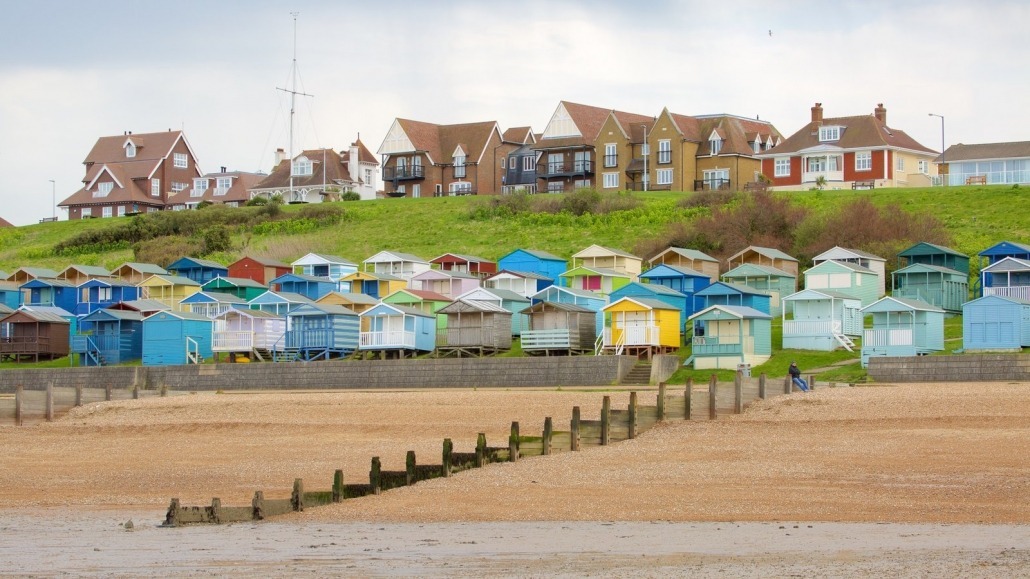 There is no promenade that is more perfect than this coastal area for lovers of contemplation and peace.

One characteristic to highlight is “The Street”, a natural band of pebbles that extends into the sea, making a right angle turn parallel to the coastline. 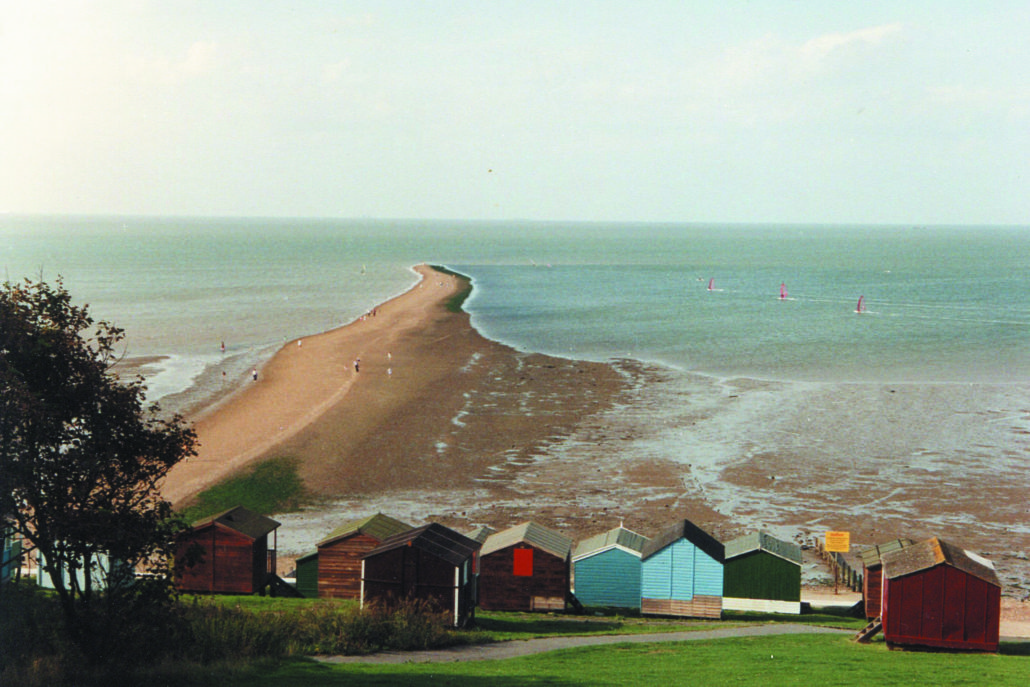 This is the last remain of the River Swale that was lost by erosion. It can only be seen at low tide and you can walk along it and even swim along its sides.

And if you want to leave Whitstable, it is only half an hour from Canterbury; one of the most beautiful cities in the UK.

The origins of this place are linked to the romans. Keep reading and discover it´s most important corners and secrets.

It is a gothic-style building and the head of the church of England. Inside there is a main altar, a Norman crypt, and an impressive throne for St Augustine, on which are written the names of the archbishops of the city.

On one of the walls there is a stone carving of the love story between Catherine of Aragon (the future wife of Henry VIII) and Arthur, Prince of Wales.

Another aspect to highlight is the stone gantry built in 1517 that gives access to the whole building. It has been a World Heritage Site since 1988.

Another place that you can´t miss in Canterbury is its Normal-style castle. Built in October 1066 under the rule of William the Conqueror.

In the 7th century, it was converted into one of the three royal castles of Kent, along with that of Rochester and Dover.

During the reign of Henry I between 1100 and 1135, the turret of the tower was built. At the end of 1300, this castle was converted into the prison for the county of Kent. 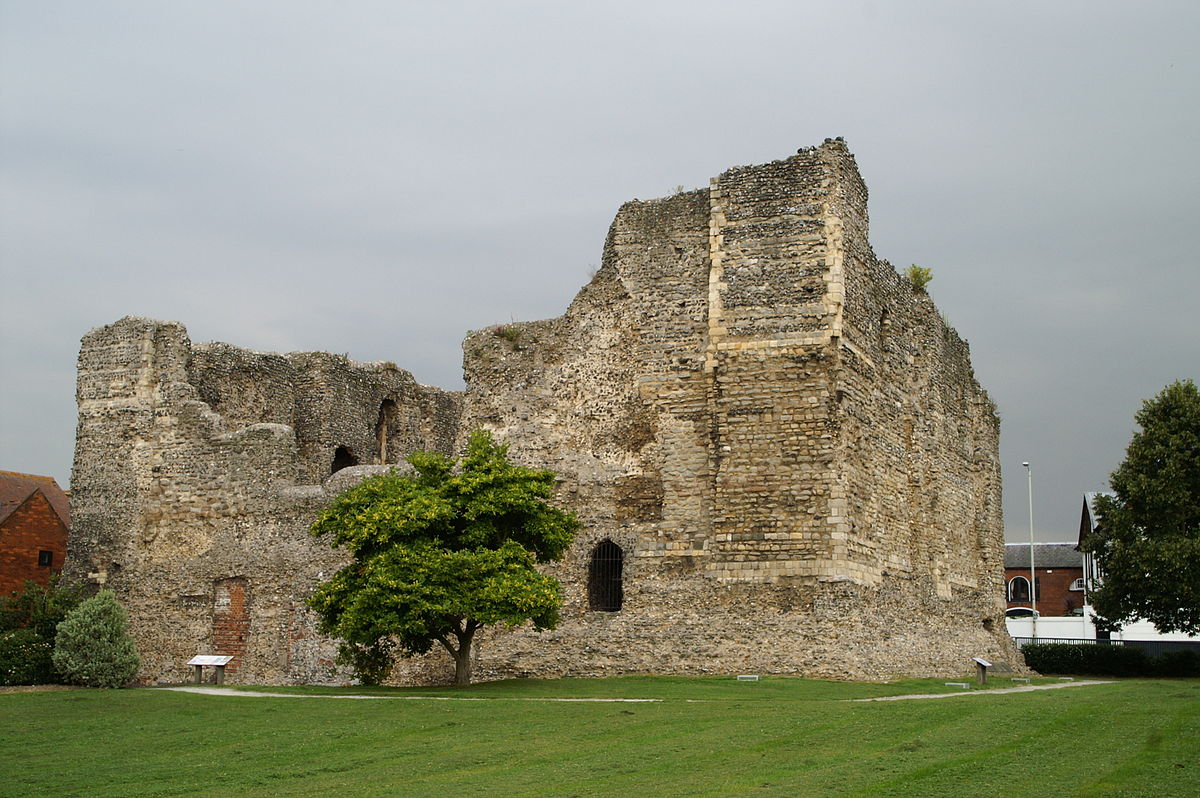 The truth is that this construction has undergone many changes and transformations over time. Before it was destroyed, during the 19th century, it was used as a storage centre.

Today, Canterbury Castle is owned by local authorities. Although it is ruins, visitors are allowed to access the ground floor of the tower and the Dane John gardens.

It was built around 1380 as part of a defense system from Edinburgh and to replace an old Roman gate.

It is one of the most famous medieval gates in England, under operation of the Archbishop Simon Sudbury before his death. 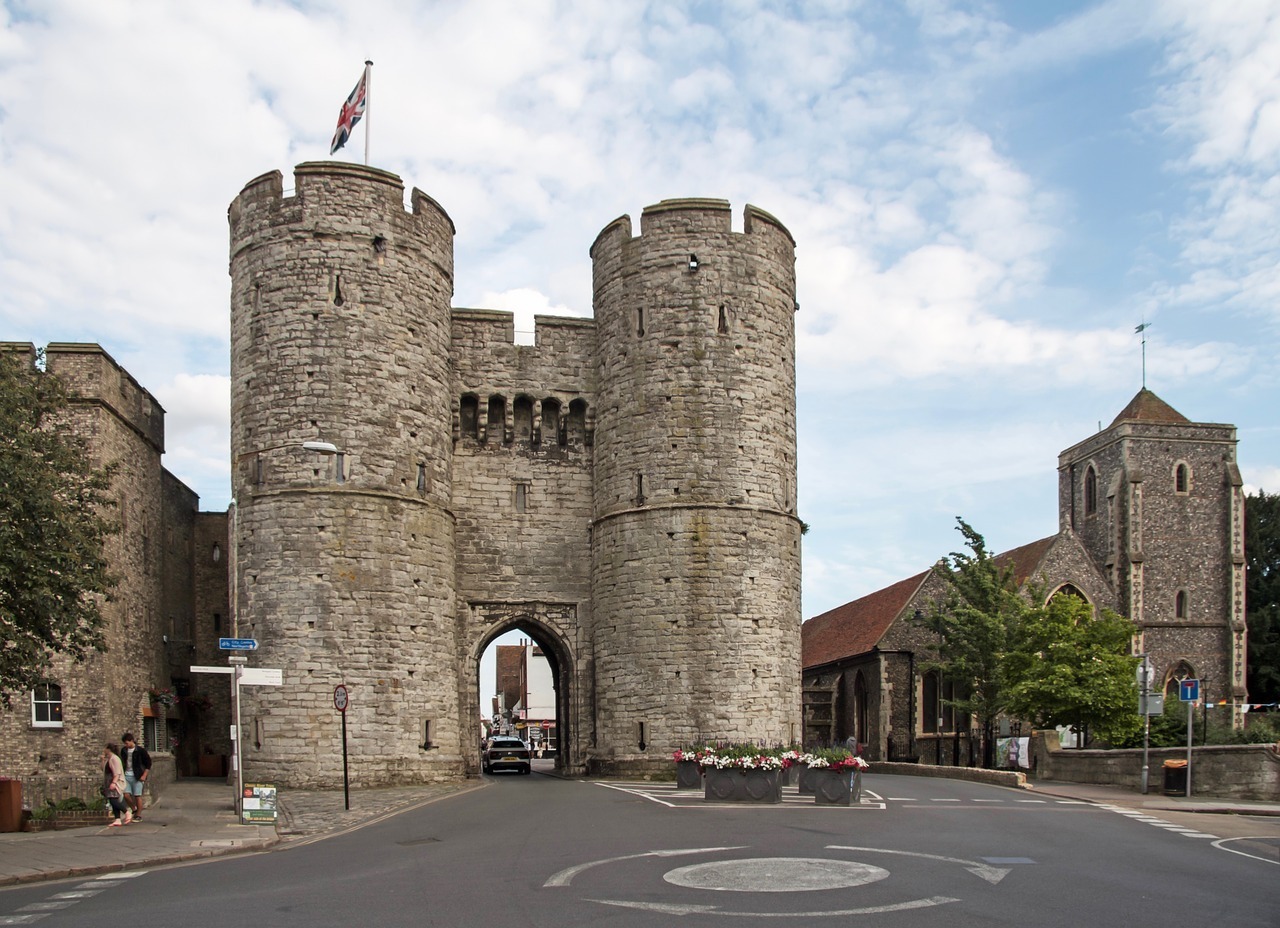 It is found at the far west of St Peter´s Street, next to the river Stour. It is the last standing of the seven medieval gates that were built in Canterbury.

It is the entrance gate to the city and gives way to pilgrims who want to visit the sanctuary of Thomas Becket in Canterbury Cathedral.

Due to its imposing appearance, it served as a prison for the city between the 15th and 19th centuries.

A visit that is worth making in Canterbury. It is found in the centre of the city, very close to Canterbury Cathedral. It is built on top of a roman house, at the same height as the ruins. 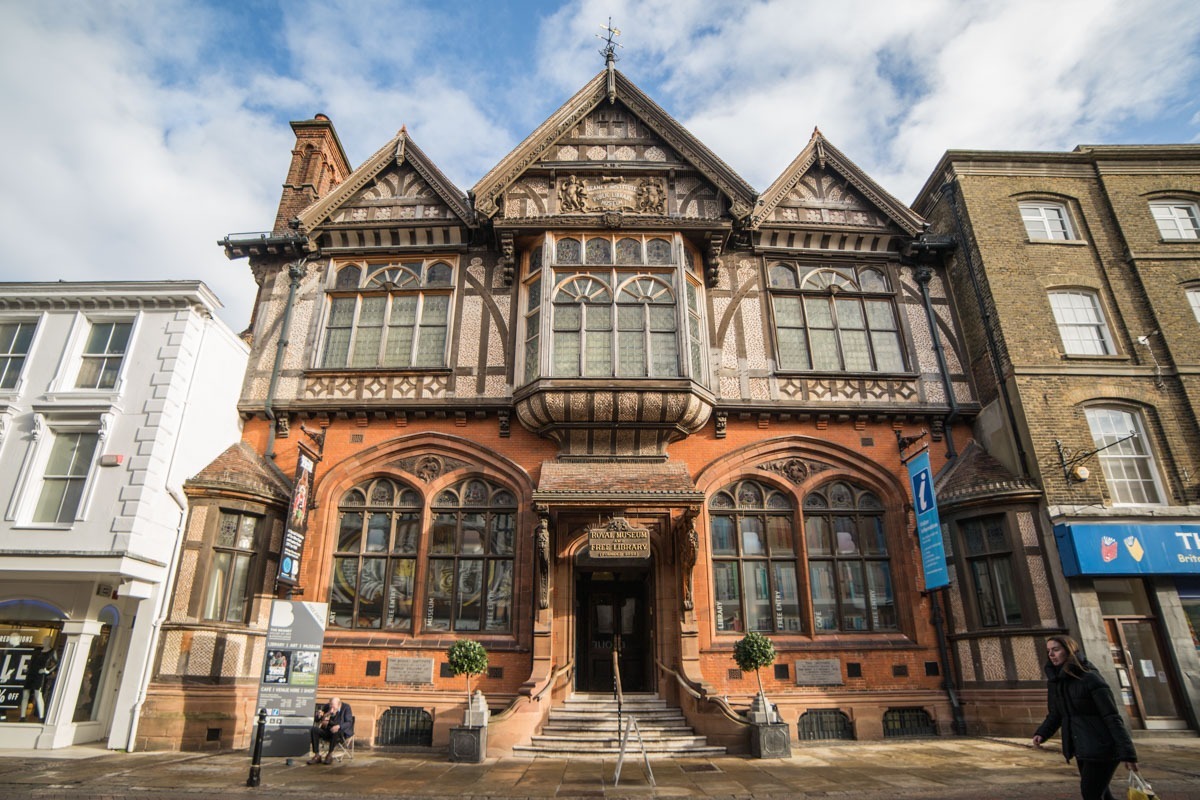 In this museum you can observe the reconstruction of the great part of the history of England during Roman times.

You will be able to admire an impressive mosaic floor from the year 300, and a wide variety of objects from Roman times: tools, building fragments, armor, glasses, metals, and statues of Roman gods.

It is the oldest Church in England and has been a World Heritage Site since 1988. This church is also very close to Canterbury Cathedral.

It has a crucial historical character if we refer to the Kings of Kent, Eltherbert and Bertha.

She was a Christian Princess and when she married the King, he decided to restore St Martin´s Church so that his wife prayed every day. 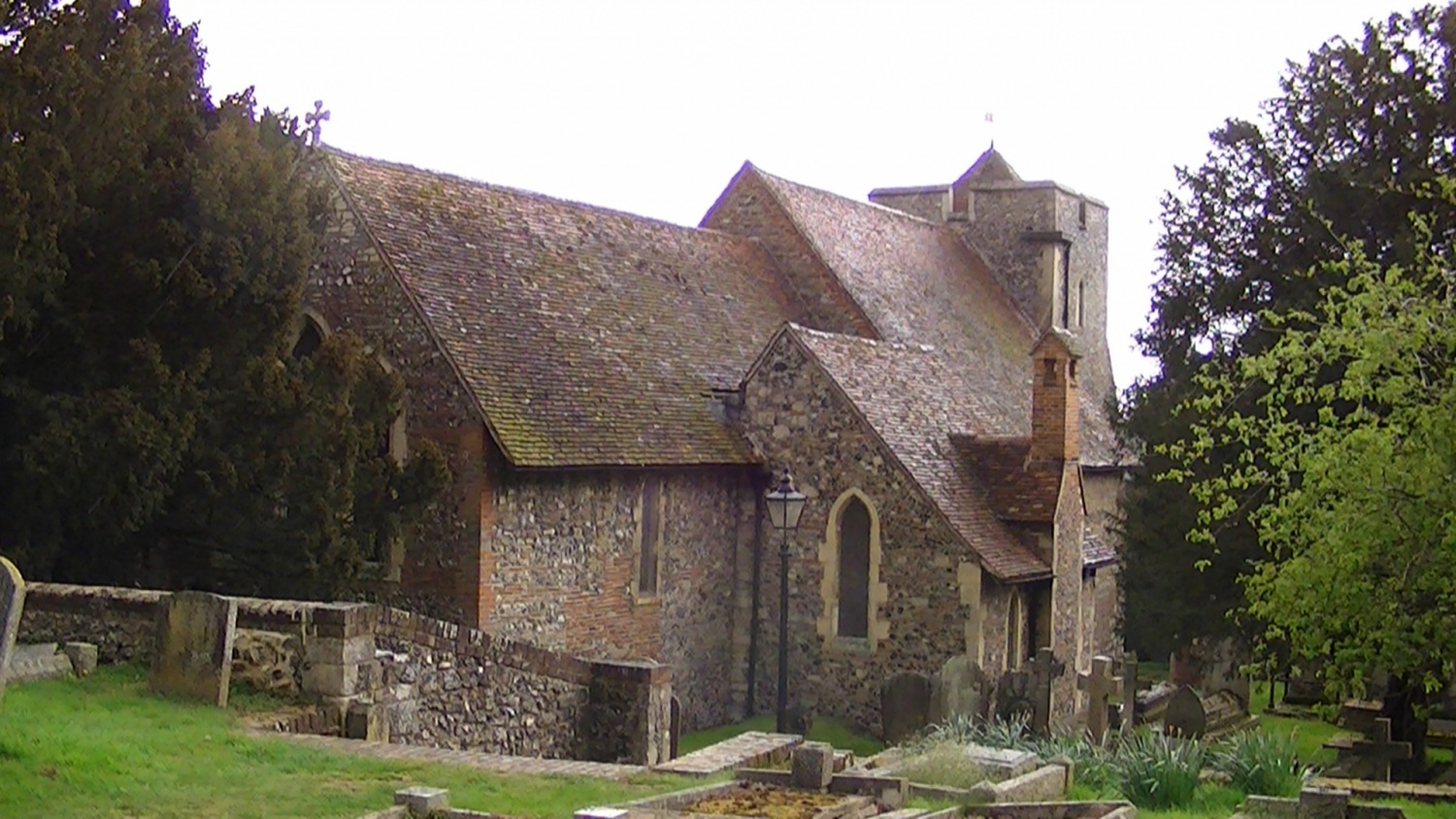 After the first few years, they widened the area of the church. The main nave is considered the first structure built with Roman bricks.

If you visit this church, you will find one of the most important historical objects in Canterbury: The Baptismal Font. It was built in stone and its tubular form has been conserved.

One of the oldest Monasteries in England. It was founded in 598 by the first archbishop of the Cathedral, St Augustine of Canterbury.

During the two centuries after its foundation, St Augustine´s Abbey was the only important religious centre in the Kingdom of Kent.

The abbey was extended to create a prominent library with religious and secular participants. 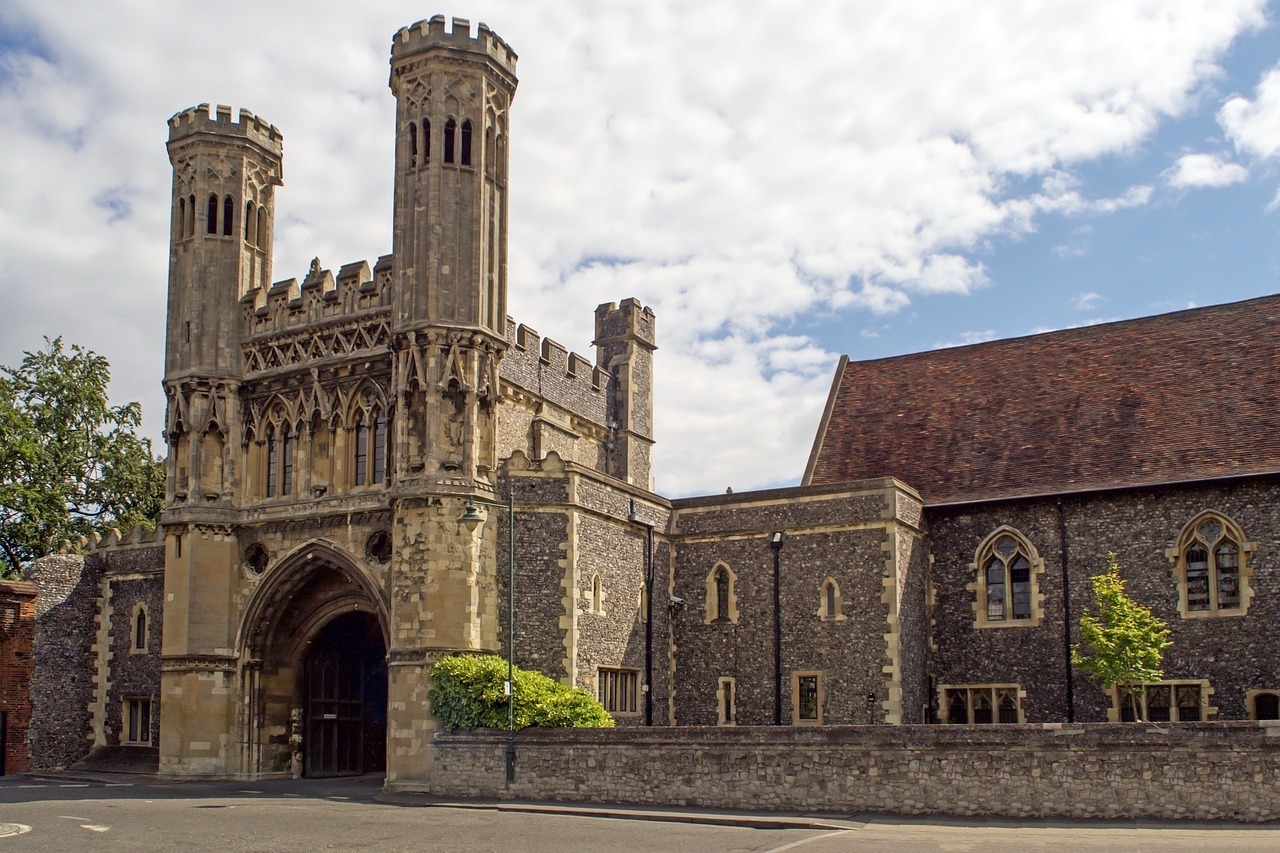 King Henry VII caused the break-up with the Roman Catholic Church and abolished the country´s monasteries, amongst them, St Augustine´s Abbey.

After it was dismantled in 1848 it was used for educational purposes.

The ruins of the Abbey are currently of great historical value, since the remains of the archbishop St Augustine and the Kings of Kent are found there. Furthermore, it has been a World Heritage Site since 1988.

A very fun way of learning about the history of the city through the famous Canterbury Tales. Are you still looking for what to see in Whistable?

With them, you will meet characters and live history in person while you walk along the recreation of old streets.

You will see the medieval city with the epic stories of Chaucer.

This year the attraction celebrates being open for 25 years. Therefore, don´t miss this anniversary and enjoy this interactive experience.

I hope you take notes and know what to see in Whistable. I’m sure that you will enjoy an unforgettable journey with these recommendations from Nathalie Language Experiences.

Useful english phrases to use when traveling