Ten unmissable things to see in Athlone, a small Irish town full of charm and culture located between Westmeath and Roscommon counties, at a former crossing point on the River Shannon near central Ireland. Today, you are going to discover what there is to see in Athlone, we hope you find it useful and you have a great time.

If you have decided to study English in Ireland, this is one of our destinations on the Emerald Isle and we guarantee that you will not regret it. Stay with us for a while and fall in love with this fishing village.

There are a lot of castles in Athlone that you cannot miss. Our route of what to see in Athlone starts, of course, in an important fort.

The origin of this monument dates back to the beginning of the 13th Century, when John Gray, Bishop of Norwich, constructed this castle during the Norman invasion.

This fort was erected to protect a key crossing point on the River Shannon. It was reinforced several times in the Napoleonic Wars, when they were shortened to be more resistant to cannon fire.

There was a more recent restoration and in 2012 a modern exhibition was opened inside, with three-dimensional maps and multimedia stations that reflect 5000 years of history in Athlone.

This visit is the most interesting way to put yourself in the shoes of monarchs and historical soldiers and to learn about the bloody battles that were fought within its walls. One of the best representations in 360 degrees is the Siege of Athlone during the Williamie War in 1690. 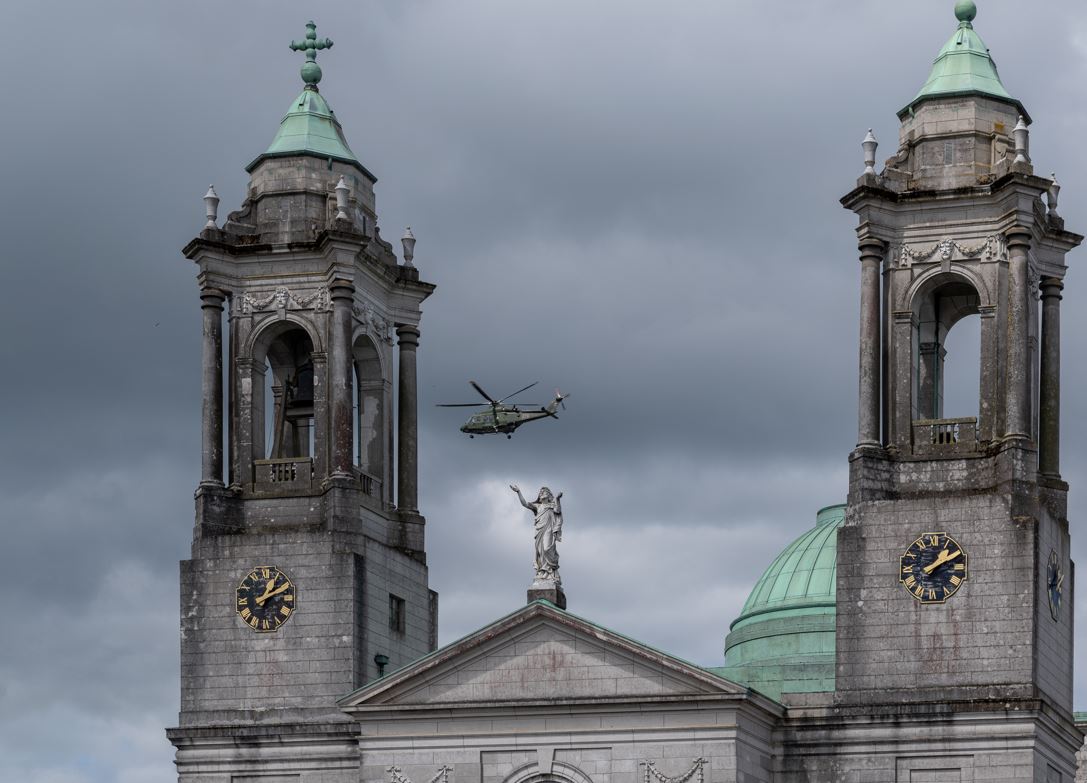 2. The Church of Saints Peter and Paul

One of the sights you can’t miss in Athlone is this eye-catching landmark, a neo-baroque church on the west bank of the River Shannon, a beautiful landmark that rises above the water.

This church is much more modern than you might realise as it was finished in the 1930’s. its bold architecture, the structure of its dome, portico and two towers has been interpreted as a reaffirmation of Irish Catholicism after independence.

The ground floor is built with white limestone from Portland in Dorset and it has six windows in the imposing studio from glass painter Harry Clarke. If you go into the church, we recommend that you look for the replicas of the Moses and the Pieta by Michaelangelo, a mosaic by Fratelli Alinari and a baroque altar with white and red marble columns.

If you’re still wondering what to see in Athlone, in front of the Church of saints Peter and Paul, you will find the Luan Gallery, a contemporary art space that was opened in 2012.

The oldest wing of the building is the Padre Mateo Temperance Room, which was built in 1897 and later served as a cinema, concert hall, and finally, the city library.

This art gallery is lit by huge floor-to-ceiling windows and overlooks the River Shannon and the marina. In recent years, renowned artists such as James Hanley and Catherina Hearne have had exhibits here.

The gallery also functions as a platform to launch emerging local and national talent, an initiative organised by the RDS Student Art Awards Traveling Exhibition.

Another area to see in Athlone is this wonderful lake, it’s the second largest of the River Shannon with jagged, rugged banks and dozens of islands. The landscape is simple spectacular, an incredible habitat for migratory waterfowl ranging from swamps, forests and grazing meadows. Lough Ree is also imprinted in Ireland’s memory as the “Lake of Kings” where legends and true history mingle.

Ancient Kings ordered their lands from the islands and in Inishcleraun there was an early Christian monastery dating back to the 6th Century founded by Saint Diarmaid the Righteous whose tomb is on the island.

There are plenty of activities to do on Lough Ree: bird watching, walking along the shore, cruising, kayaking, playing golf or just taking in the views. 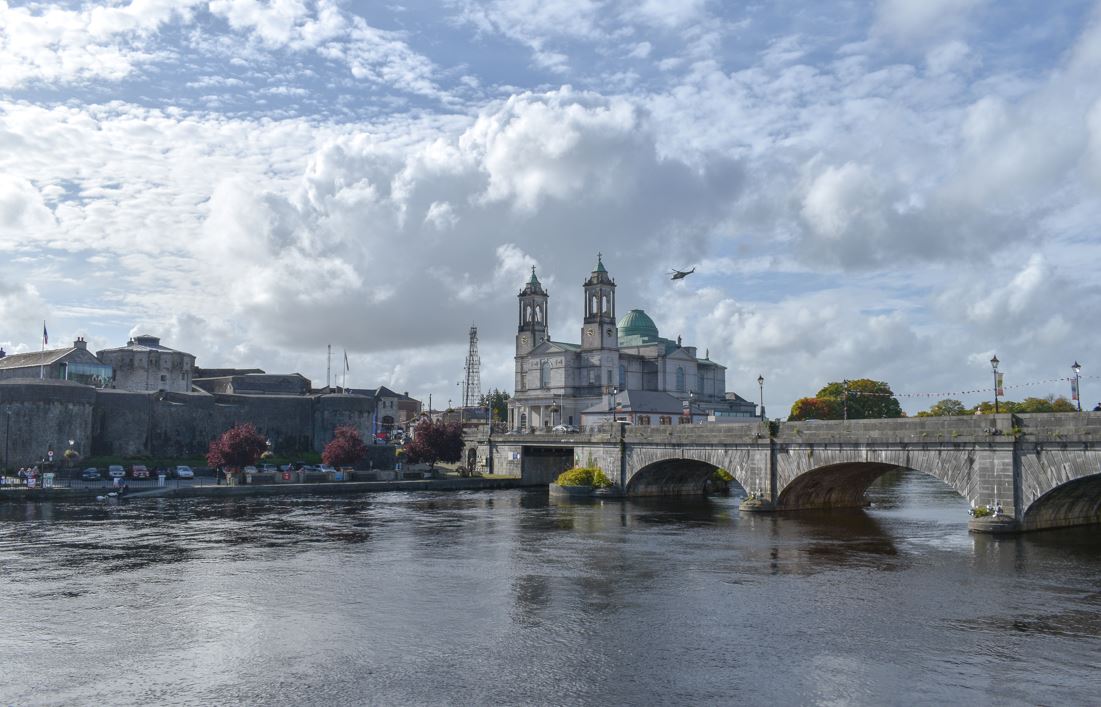 Still wondering what there is to see in Athlone? This journey has only just begun. Travel down the River Shannon and you will arrive at a ruined monastic settlement that sits between the riverbank and the Mongan Swamp.

It’s a national Irish monument. Built for St Ciaran of Clonmacnoise in 544, it grew to become Irelands first centre of learning, pilgrimage and religious life.

The remains that are still there are of the cathedral, seven churches, three crosses and several tombstones dating from the early years of Christianity on the island. These ruins have been restored in recent decades and most date from the 20th to 13th centuries.

The visitor centre has a series of carved cross slabs and the Cross of the Scriptures, which contains biblical motifs carved out of sandstone. This monument was mentioned in the Annals of Four Masters in 957 and 1060.

Athlone is named after this pub which was known as Luain’s Inn. The name is derived from “Atha Luain” which means “Ford de Luain” its origin is due to an early innkeeper on the west bank of the Shannon who was managing the river crossing. An interesting curiosity is that this pub can prove its origins as it has complete records of each owner from the beginning.

The current façade of Sean’s bar is from the 19th Century, but when the building was restored sections of the wall built with wattle from the 10th century were discovered, which from that moment are exhibited in the pub, like the coins that were found in the foundations.

It’s not the building that’s a beauty, but it is a very recommended sight in Athlone. If you want to hear the best live entertainment, you have to go to this famous auditorium, located on the left bank of the river.

It’s a very big theatre with capacity for almost 500 spectators, it’s really impressive considering the size of the city.

Dating back to the 1800’s, the building used to be St Aloysius College, and before that, until 1937, it was the parish church before the Church of Saints Peter and Paul was completed.

There are stand-up comedies, plays, musicals, traditional folk, art exhibitions and children’s events throughout the year, and in May the RTE Theatre Festival is held. 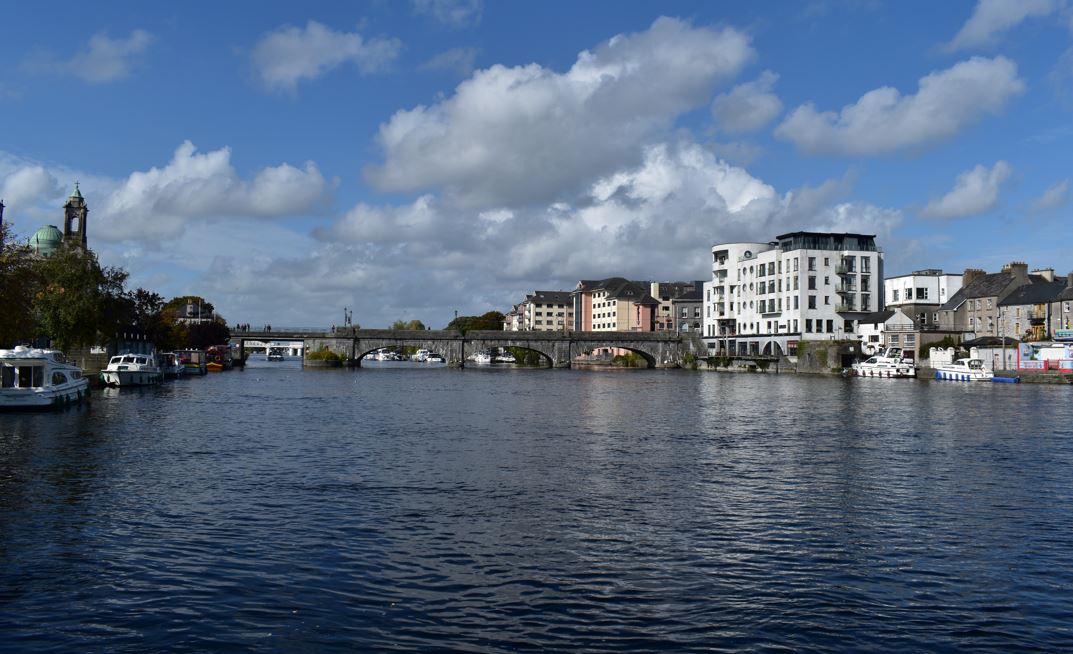 Is there more to see in Athlone? Well, of course there is! Discover this beautiful route which starts just in front of the castle. A path that will take you along the River Shannon and the old canal for about 5km.

It’s a short distance, but you can enjoy a large variety of ecosystems and there are even walkways where the trail enters the swamp by the river. It’s the perfect route for nature lovers, you will also find information panels that describe the aquatic birds, plants, terrestrial and marine fauna of the area.

If you still have questions about what to see in Athlone, read on. You can’t miss this 42km stretch of the old Midlands Great Western Railway, which connects Athlone with the town of Mullingar in the east.

This route crosses farmland, is free of traffic and hills and is ideal for a bike ride or a stroll. Along the way, you will come across pieces of the old railway infrastructure, such as bridges, a tunnel and an old station.

A good tip if you decide to choose this plan is to take detours to visit other villages or the Uisneach hill, a magical place covered in prehistoric burial mounds.

We are about to finish this post about what to see in Athlone but we didn’t want to finish without first telling you about this Dolmen. Beyond the western suburbs of the city, and near the town of Bellanamullia lies a megalithic portal tomb that remained hidden for thousands of years.

It was discovered by some local children in the 1960’s when they tripped over a pair of stone axes. Its most likely to be the burial place of a king or tribal chief and it’s almost 5500 years old.

If you walk around the area, be very careful, the huge stones are camouflaged under the moss and you may lose sight of them and the door stone has collapsed, causing the 25-tonne capstone to be tilted at a 45-degree angle. 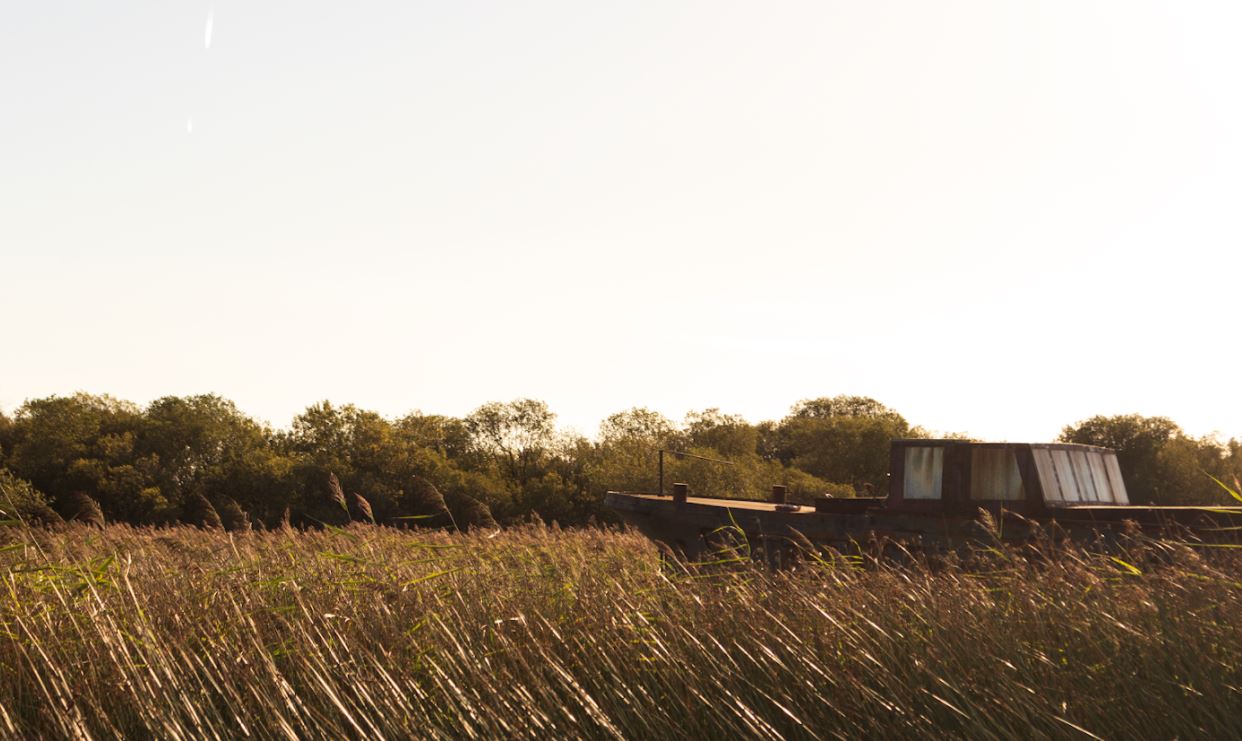 A highly recommended last experience in Athlone is… travel on a boat. 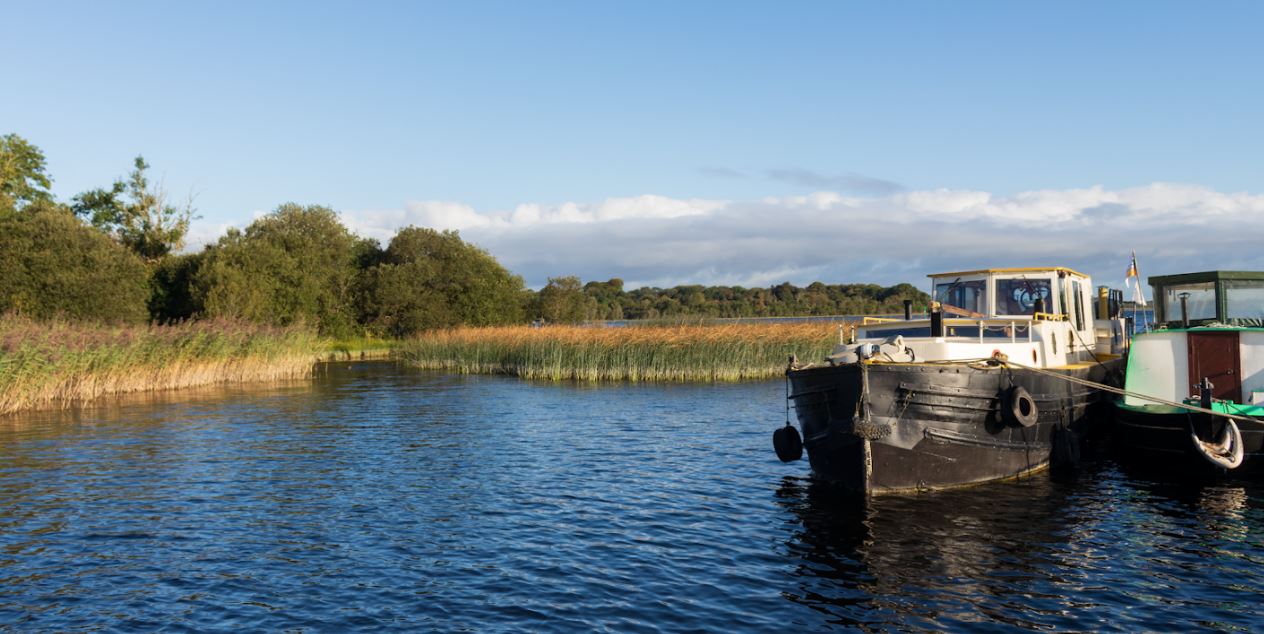 There are several city-based companies that cruise Lough Ree or Shannon and tours are usually in summer, docked at the pier under the castle at the marina.

One of the companies is “Viking Tours”. It has a boat that looks like a Viking ship, it’s a long boat that sails upriver to Hodson Bay in the “Lake of the Kings” from March to November, during the trip, fun facts are provided that make the trip exciting.

Introduction to Verb Tenses in English

Christmas in the USA: Festival of Lights and Magic Traditions
Scroll to top
Previous Next
Close
Test Caption
Test Description goes like this