Memorial Day: Find out why Memorial Day is Celebrated. Do you know why Memorial Day takes place? On this day, the United States pay tribute to all the American soldiers who have given their lives defending their country. It is also known as Decoration Day and is celebrated on the last Monday in May each year. If you are going to study English in the US, we recommend that you learn about this tradition that is so important to American’s. one of the objectives of doing a language immersion stay is to immerse yourself in the culture of a country, so, in addition to Thanksgiving, you should also know this holiday.

The Origin of Memorial Day

The exact date that this tradition began to be celebrated is unknown, but in 1966 the US government declared that Waterloo was the official birthplace of Memorial Day, since this date was celebrated there for the first time on the 5th May, from 1866.

In Waterloo there was an annual event in which establishments closed and people decorated the soldiers’ graves with flags and flowers. In 1971, the US congress passed the National Holiday Act.

An official document was created which contained the official decision that Memorial Day was to be celebrated on the last Monday, so people had 3 days of mourning, to give Americans enough time to celebrate this day with their family.

On Memorial Day, Americans often visit cemeteries, memorials and even participate in parades and family gatherings.

One of the symbols of this celebration is the red poppy. The 20th century humanist, Moina Michael was inspired by a poem about World War I called “Poppy Fields” by Lieutenant Colonel John McCrae which said “we also celebrate, the red poppies that grow in the fields where courage was the flag, that seems to remind the heavens that the blood of heroes never dies”.

Moina had the idea of wearing red poppies to honour soldiers on Memorial Day and this tradition ended up spreading to other countries, when Baroness Madame Guerin imported this custom to France.

The Evolution of Memorial Day

All traditions evolve over time and Memorial Day is no exception. In US history, the Civil War is the conflict which has claimed the most lives. This is the reason for the creation of these type of cemeteries, and in the late 60’s the Americans began to make the first spring tributes to honour these soldiers, decorating their graves and praying for them.

On May 5th 1862, John A. Logan, the leader of the Civil War Veterans Organisation, requested that there was a day to commemorate those that had fallen during that month. On May 30th, the Decoration Day was chosen, where the objective was to decorate the graves with decorations. This date was chosen as it did not coincide with any other event.

On the first Decorative Day, more than 4000 people decorated the graves of 20,000 soldiers. Since then, similar ceremonies were held and by 1890, Memorial Day had become an official holiday, although, in the southern states they continued to commemorate this date on different days until after the First World War.

At first, only those who died during the Civil War were remembered, Memorial Day continued to grow and after World War I, the commemoration evolved to remember all the soldiers who died in all the wars in which in the United States participated.

For decades Memorial Day was celebrated on May 30th, the day that Logan chose for the first Decoration Day, but in 1968, Congress set the holiday on the last Monday of May in order to have a three-day weekend.

The Importance of Memorial Day Today

Throughout the USA there are countless celebrations, mostly organised by the military and veteran organisations. Some of the biggest parades take place in Washington, Chicago and New York.

To give you an idea of the importance of Memorial Day, in 2012, the Arlington National Cemetery, the place where most of the graves of American Soldiers are found, was decorated with more than 220,000 flags, since it was the number of people who had fallen in conflict so far.

Since 2010, along with Memorial Day, the National Monument of Remembrance, initiated by the President, invokes a minute of silence at 3pm, to commemorate those killed in combat.

This year, there will be military parades in New York, one of the most famous is in Queens, which begins in Little Neck and ends in Douglaston and there is also one in Brooklyn, which begins between 87th Street and Third Avenue.

As with special dates, the Empire State Building is decked out for the occasion.

This American monument is illuminated and its upper end is dyed in the colours of the flag (blue, white and red) to commemorate Memorial Day. It is said to be the preferred lighting for Americans and the most photographed in the city. An example of the patriotic spirit on the greatest icon of New York. 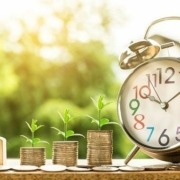 Learning English: The foundation of your business growth 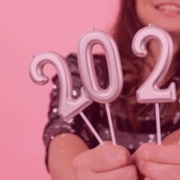 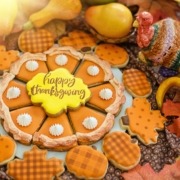 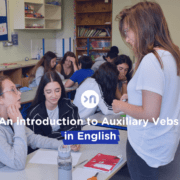 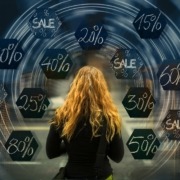 Do you know the origin of Black Friday? 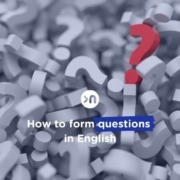 How to form questions in English
0 replies

The Emotional Salary: The Importance of Retaining Talent in your Company
Scroll to top
Previous Next
Close
Test Caption
Test Description goes like this