Are you thinking about studying English in Scotland? When we think about Scottish lands, what comes to mind is William Wallace shouting freedom, the Loch Ness Monster, the beauty of the Highlands, the sound of bagpipes, their traditional kilts, the marvelous sites of Edinburgh… Have you dreamed of travelling, or even better, living in this extraordinary country?

If you have arrived at this post, it´s because you are seriously thinking about studying English in Scotland. We don´t know whether Scottish blood runs through your veins, but if you want to start this adventure, we assure you that you will be convinced after reading this article.

There are lots of prejudices with this destination that we want to clear up today. We are going to concentrate on the important things. Get your bagpipes and discover 11 reasons to learn English in Scottish territory. There are a lot of advantages if you decide to studt abroad.

1. Scotland forms part of the UK

Lots of people believe that it´s outside of the British Isles, but the reality is that Scotland is part of the UK, and for the meanwhile it will continue being so, due to the results of the last referendum which voted against independence.

This said, it´s clear that Scotland has the same advantages as the rest of the UK for learning English: an excellent education system, distance from Spain… Thus, don´t discard this marvelous country due to confused prejudices. Studying English in Scotland will be one of the best decisions that you make.

2. There aren´t many Spanish-speakers

When you travel abroad to learn English, the objective is to achieve 100% linguistic immersion. If you compare this destination with Oxford or London, the traditional first options, you will find lots of Spanish people there who are taking part in English courses. 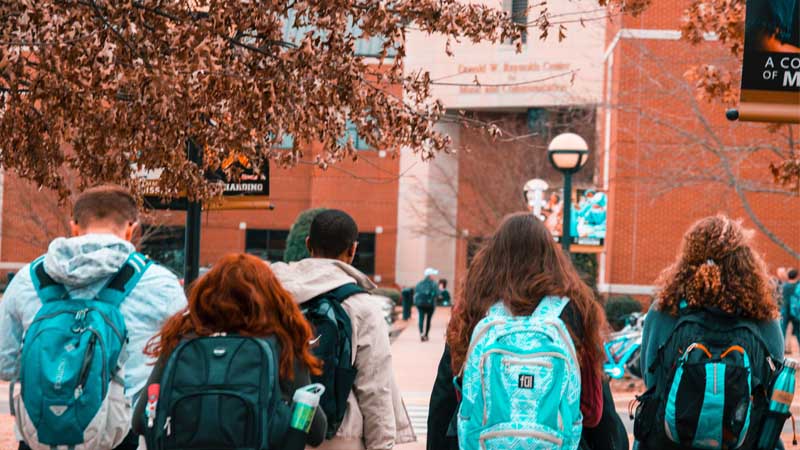 It´s a disadvantage because if you are always surrounded with people who speak your own language, you will end up speaking Castilian most of the time.

In Scotland, this is much more difficult to do. The temptation to speak your maternal language will be less since there are much fewer students in this destination to learn English.

One of the reasons for studying English in Scotland is for their peculiar accent. It´s usually said that English from Edinburgh is difficult, uncouth and hard to understand. This statement is far from the truth, unless you travel to the most remote regions of Scotland, but it´s the same if you travel to the most rural areas of England, Ireland, or the USA.

English in the biggest cities, or the busiest areas, is very similar to that of the rest of the UK, especially Edinburgh. We guarantee that you will not have problems learning English and that they understand you. Although to get started, you can work on your listening comprehension.

4. Studying and Working in Scotland

Did you know that it is the region of the UK with the lowest rate of unemployment? The unemployment rate is around 7.5%, less than London and much less than Spain. Thus, it may be a good opportunity to study English in Scotland and combine it with working.

You would be able to pay for your trip and furthermore, put what you have learnt during the course to practise. For sure, we recommend that you make the most out of your English classes and enjoy this great experience.

Everything is possible in Scotland. Who knows? You may even end up establishing yourself more permanently in this incredible and magical country.

They are cordial, talkative, very expressive and always happy to help at any moment. They have fame of being uncouth, but once you have exchanged a few words, you will realise how great they are. 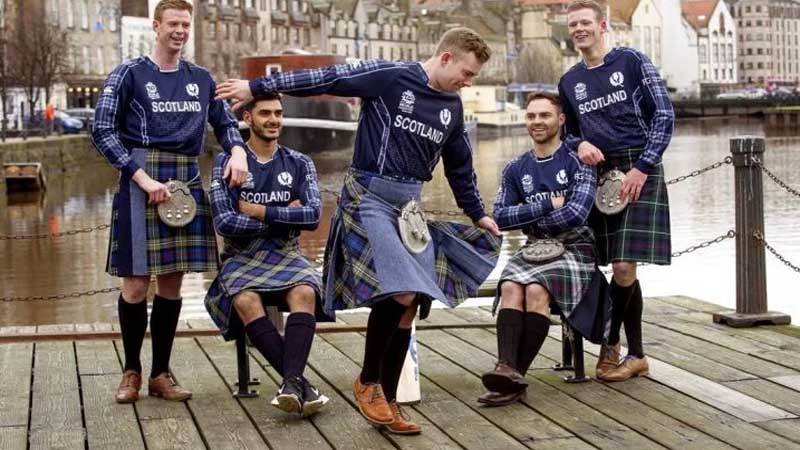 Their brusqueness is charming, and their special accent reminds many of Spanish characteristics. In fact, we can confirm that it´s the most similar to Spanish characteristics. Scottish people are aware of their accent and will try to make themselves easier to understand. They don´t get tired of repeating themselves if you don´t understand, we promise.

6. It´s a cheaper destination than London

We don´t like comparisons, but it´s important that you bear the cost and the level of living in mind; it´s better than Spain. Despite this, it continues being lower than London or any other city in the country.

So that you have an idea, sharing a house in the centre of Edinburgh can cost around 400 pounds a month. If you wanted to live in London for this price, you would have to go to the outskirts. 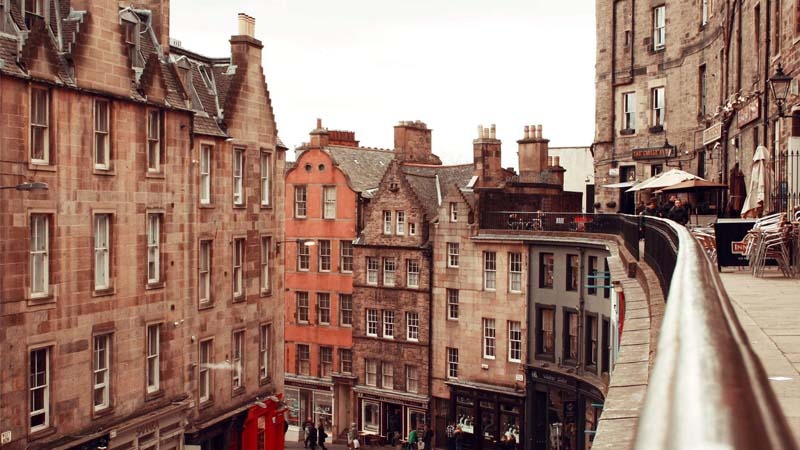 In Edinburgh you won’t only save on the cost of living, but also you won´t need to use public transport, since you can walk anywhere.

Another of the benefits of studying in Scotland is that the government may give you a grant, like is the case of the “working tax benefit”, if you work few hours or don´t earn much. A salary that could be useful for improving your stay.

Read this post, if you prefer studying English in England.

One of the motives for studying English in Scotland is for its spectacular natural surroundings: Loch Ness, Orkney Islands, Loch Katrine, Ben Nevis, Loch Lomond, among others. 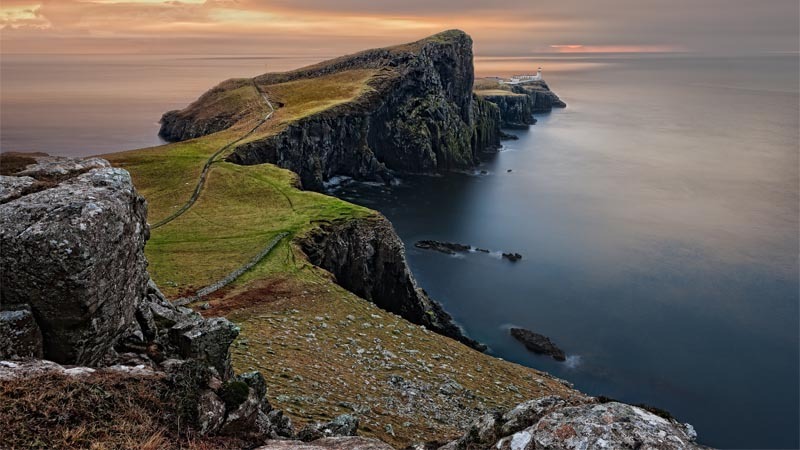 It´s one of the favourite corners of the world for millions of travelers. How does it sound going to live there for a bit?

Do you know why Scotland is a truly amazing place? Discover the 11 most spectacular castles on Scottish soils.

In Scotland, the goodtime is constant. Cities such as Edinburgh or Glasgow have a fascinating night life. The pubs have a license to close much later than in England, therefore in this way, it´s more similar to Spain. They are very indulgent when it comes to festivals, they have some of the best clubs in the whole of the UK, and if we were to sum up the Scottish character, fun is guaranteed. 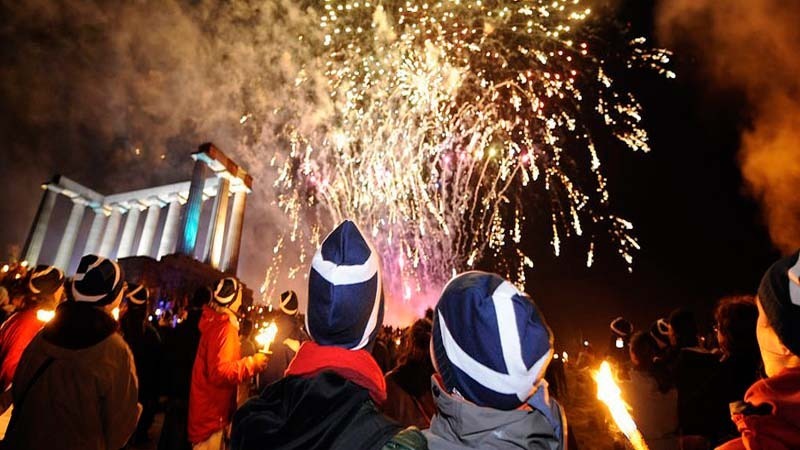 One of the most famous celebrations is St Andrew´s Day, the patron saint of Scotland. One of the festivities that has fame around the whole world, and fills the streets with flags, music and people dancing.

The culture is one of the fundamental pillars of Scottish life, therefore the museums are free and available for everyone. Thus, in this country you mustn’t miss the exhibitions, shows, concerts and a wide variety of events to experience the local language.

Edinburgh is the queen of the best European Festivals: The Fringe Festival, Hogmanay… are some of the most diverse festivities of the culture.

9. Scenes from series and films

Its marvelous scenery has been seen in the Harry Potter saga, Braveheart, Skyfall, The Immortals, Rob Roy, Breaking the Waves, Prometheus, The Knights of the round table, and in series such as Game of Thrones, Outlander or The Crown. 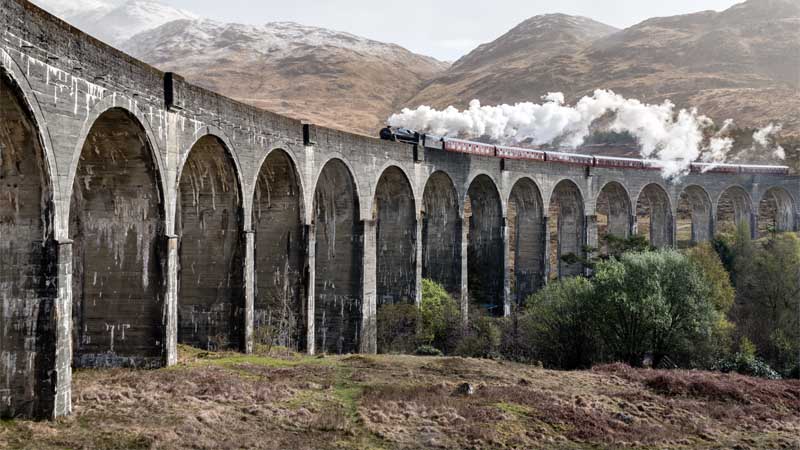 Talking about cultural products, we recommend that you take a look at the best British series for learning the English language.

Why wouldn´t you want to study English in Scotland? It´s a true dream.

It doesn´t seem strange to us that Scotland is a source of inspiration for poets and writers. There are many artists of Scottish origin who have left important cultural legacies: Robert Burns, Walter Scott, Arthur Conan Doyle, Robert Louis Stevenson…

All its surroundings are creative material, Scotland is spilling with distilled beauty. Do you know that there is even an event called Burns Night to commemorate the life and work of the famous author?

Your objective is to study English in Scotland, we know. But remember that if you live in this country for a while, you will learn Scot.

As you can see, there are many reasons to study English in Scotland, and we can lend you a hand to make this step. Do you want more information about our linguistic programs in Scotland?

8 Advantages of the Linguistic Immersion Programmes